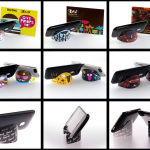 Sure, no sooner than I post up a quick way to make your own iPhone/iPod Touch stand… I find this iBend thing. They run from 5 to 8 bucks, two in a package. While they are super thin and the bending tension is what holds their shape and device… the outside diameter when flat means you wont be carrying this in the same pocket as you ‘Business Card’ stand. But… cool and fun just the same. It has been too long since I posted here. Lately, I have been keeping the next step to this site working (www.igotechnews.com). I really need to get this, my original Tech site back up to date. I hope I haven’t lost all of my ‘fans’. It’s time to rock-n-roll with everything Tech Notes!

Portland, OR — Clearwire and Intel announced that they will host a press conference on January 6, 2009, in Portland, Ore., introducing the city to Clear(TM) and the “Let’s be Clear” campaign promoting the region’s first 4G mobile WiMAX network for next-generation communications services.

What: Clearwire and Intel will showcase Clearwire’s new mobile WiMAX service, called Clear, with remarks by senior executives, as well as live product demonstrations at the press conference and around the city. Clearwire is building the only next-generation network capable of delivering true broadband service both at home and on the go, giving customers access to the same, super fast speeds anywhere in Clear’s coverage area.

Who: Speakers at the press conference will include:

Looks like iGoiPhone got their AirCurve from Griffin and did a quick review. Sounds like it doesn’t boost the sound like a powered speaker will but if your just looking for ‘louder’ music/voice out of your iPhone (both versions) it … Continue reading →

You know your there when your compared against the leader. Here is a vid showing features of the iPhone VS Blackberry Storm. It is a pretty good length to cover a lot of the built in ‘features’ from one to the other. Now, who is being compared to who? Apple, the UI leaders vs Blackberry that isn’t UI strong? Or Blackberry the leader is devices that actually get used by everyone ‘needing’ to get their mobile email handled?

American Airlines is offering to limited cities the ability to check in via a 2D bar code “Ticket” on the screen of your mobile device including cell phones. Security will scan it just like a normal ticket. American will be rolling this service out to Los Angeles International and John Wayne Orange County. American Airlines is saying that they will continue to add the service to other parts of the US soon.

I wonder… how will they have you hold onto your ticket as you go through the metal detector when your ticket ‘is’ metal.

Optoma’s Pocket Pico projector Wow… what a tiny projector! And battery powered as well. I really do mean ‘pocket’ size; 2” x 4” by 3/4” – weighing in at 4 ounces… available next year for $400. You can hook your … Continue reading →

Snap on power for iPhones and iPods Finally, a device as simple, yet powerful as it should be. No big cradles, no cabling… it’s smaller than the iPhone it’s charging… even with pass through charging. Waiting on our test unit. … Continue reading →