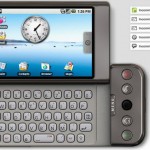 All apps accepted, unless Google says no… after installed

Not long after OS 2.0 was released for the iPhone, allowing apps to be installed. It was found that Apple could ‘turn an app off’ directly on the iPhone in your hand, remotely since Apple ‘owns’ the OS.

Google has released a open source OS for SmartPhones that any manufacture can use and anyone can write apps for. Well, it was discovered in the developers documents that actually Google reserves the right to turn off or remove an app they do not want on your phone. “Google may discover a product that violates the developer distribution agreement … in such an instance, Google retains the right to remotely remove those applications from your device at its sole discretion.”

What we do not know yet is if this only applies to applications installed via Google directly or it would include apps purchased from another source. The concern is that if Google can remove apps purchased from another source it would mean that Google has a method of watching what apps you have on your device. Is that happening when certain updates are done or does the phones call home? Is it really a free OS if a company can track and record what your doing for their own needs…